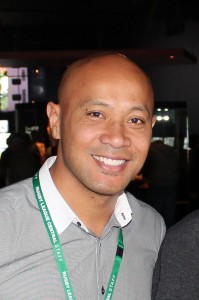 Sydney’s outer western suburbs have been a prolific nursery for rugby league but the changing nature of the population has brought its own challenges. The rising Polynesian presence in this part of Sydney and in rugby league has had a huge impact on the modern game. Who better to examine and analyse this phenomenon than a Samoan front rower from Mt Druitt who has defied stereotypes to combine a distinguished career on field with two university degrees? How does his personal story reveal wider social issues that are shaping the game in the twenty-first century?

Born in Auckland, Frank Puletua moved to Australia with his family in the early 1990s and settled in the golden west of Sydney. Here he discovered rugby league and both he and his brother Tony featured in the John Paul II College side that won the national schoolboys title in 1996. From there, they were signed by their local club Penrith and Frank made his first grade debut in 1998. He went on to play over 150 first grade games with the Panthers and South Sydney, as well as appearing for Samoa in seven internationals, including the 2008 World Cup. While playing he completed a degree in fine arts and another in graphic design before taking on a position at the Casula Powerhouse Arts Centre. There he designed and implemented the successful Body Pacifica and number One Fan programs. In 2012 he became the inaugural Manager of the Rugby League Museum.