The Rabbitohs’ fight for re-instatement: fans, celebrities and lawyers.

The fight undertaken by the South Sydney Rugby League Club and its supporters to be reinstated in the Australasian rugby league competition offers a unique case study of the culture of rugby league. It is astounding that very little academic work has been carried out to either document the fight or analyse its implications. My study seeks to redress this serious failing within the sporting literature and explore the fight from a sociological and historical standpoint. The fight for reinstatement encapsulates a host of social processes and forces. The exclusion of Souths occurred because the imperatives of global sporting media and the drive for profits, this being an international (or globalised) phenomenon. Conversely the impact that this decision had was at the local level, deeply affecting fans., supporters, players and the club. It is imperative that this fight be documented before access to the people and resources (particularly web presences) are lost in time. 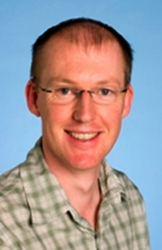