The intent of this study was to build up a detailed socio-historical interrogation of the practices and policies by which rugby league was marginalised. Specifically, it built a picture of the extent of the formal policing of ‘professionalism’ by the national governing body — the NZRFU, and key provincial governing bodies. By means of a case study, the research questioned popular and academic historical readings of rugby union in the Otago province of New Zealand. It focuses on the Otago Rugby Football Union (ORFU) in relation to the early promulgation of amateur ideals, and the subsequent establishment of rugby league in the province upon the return of the 1907–08 ‘All Golds’. The ORFU has been viewed in popular history as a ‘rebel’ union, asserting its independence from both the NZRU and colonial master (English) Rugby Football Union  (RFU), and in academic histories as symptomatic of ‘sporting nationalism’. Analysis of its early minutes and documents and local media reveal that it was a staunch advocate of imperially rooted ideologies of amateurism and public school esprit de’corp rhetorically; it also acted pragmatically where its provincial status could be enhanced. Whilst initially in dispute with the New Zealand Rugby Football Union (NZRFU), it subsequently worked alongside the NZRFU to limit the spread of rugby league, specifically, in expelling rugby league players, for example, it deferred to the NZRFU suggesting the spectre of professionalism was an important factor in the centralization of power within the national game. These observations reveal something of the co-existence of imperial loyalties and provincialism, and how amateur rugby was consolidated by the spectre of professionalism. These readings suggest that popular narratives of the ‘rebel’ Otago province are romanticised, whilst academic accounts have not fully captured the complexities of the imperialism-colonial nationalism linkage. They also reveal the complexities by which professional rugby — rugby league — was subverted.

My general publications related to rugby league are as follows: 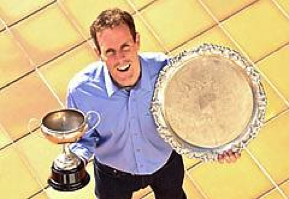