A tale of ‘two rugbies’.

Finalising the detail of the years immediately after the split of 1908 and seeking further documentation of Rugby League players who have switched to Rugby Union since 1995.

A paper at the 2008 Centenary of League Conference held in Sydney.

This study commenced in the year 2000 and the awarding of a Tom Brock Scholarship in 2002 gave the recipient the opportunity to spend time in Sydney to interview a number of key people in the story as well as taking time to visit the Tom Brock Collection at the Uni of NSW. 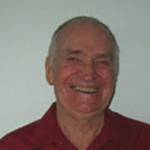