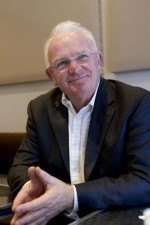 Over the past few decades League has been confronted with a number of adverse trends and damaging events, some of which include:

Despite the success of rival codes — the AFL, Super rugby and A-League football — League has survived and even flourished as a dominant sport and it may even have a great future. But can it survive the 21st century?

David Hill played rugby league for 13 seasons mainly in the second row but on occasions reluctantly as a prop (back in the days when there was a big difference). He played three years as a boy with Fairbridge Farm School and Orange High School in the NSW country league (including the Cowra and Forbes Football carnivals) and five with Norths Junior club Crows Nest. He was selected in Norths Jersey Flegg and Presidents Cup junior representative teams and was graded and played a few games with Norths before moving to play five seasons with Sydney University in the NSW rugby league Second Division.

Hill was President of the North Sydney Bears from 1989 to 1992, where he controversially became involved in the campaign to end tobacco sponsorship of Australian sport and the Winfield Cup.  He later became a member of the ‘Save the Bears’, which unsuccessfully tried to stop the sacrilegious merger of Norths with Manly before the expulsion of the Bears from the League by the Forces of Darkness.