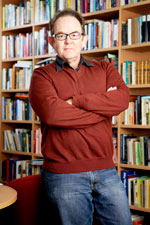 ‘The Importance of Sport in Everyday Life: Frank Burge and 1921 Kangaroos’