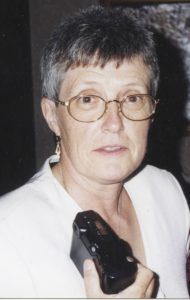 Imke was born in Germany, the daughter of Rolf Fischer, a medical doctor and a pilot, and his wife Ruth. Little is known of her early years in Germany, other than the fact that she was a gymnast. Imke emigrated to Australia in 1968 beginning life here as a cook. Her daughter Anja Turner recalled that she was ‘quite driven’ to develop educational qualifications spending much time studying for the HSC and then pursuing teacher training. She was then appointed a physical education teacher at Boronia High School in Melbourne. Imke then equipped herself for a career in tertiary teaching by undertaking academic study at Victoria University and Gippsland Institute. END_OF_DOCUMENT_TOKEN_TO_BE_REPLACED